Henry is an F H Ayres Rocking Horse who has been overpainted in the past, and I have owned him for around 8 years.

He has been painted with a shiny gloss paint and has a brown saddle and reins.

His mane and tail have seen better days, and his ears are not original, but he has a sound stand, and he has been ridden on many, many occasions.

He is a solid boy, but will not overpower a room.

Henry was named after the retailer who originally sold him, and the retailers stamp is still visible on his stand.

Henry is looking for his forever home. He would provide hours of fun for any child as he is, or if he were to be restored, he would certainly be a handsome boy. 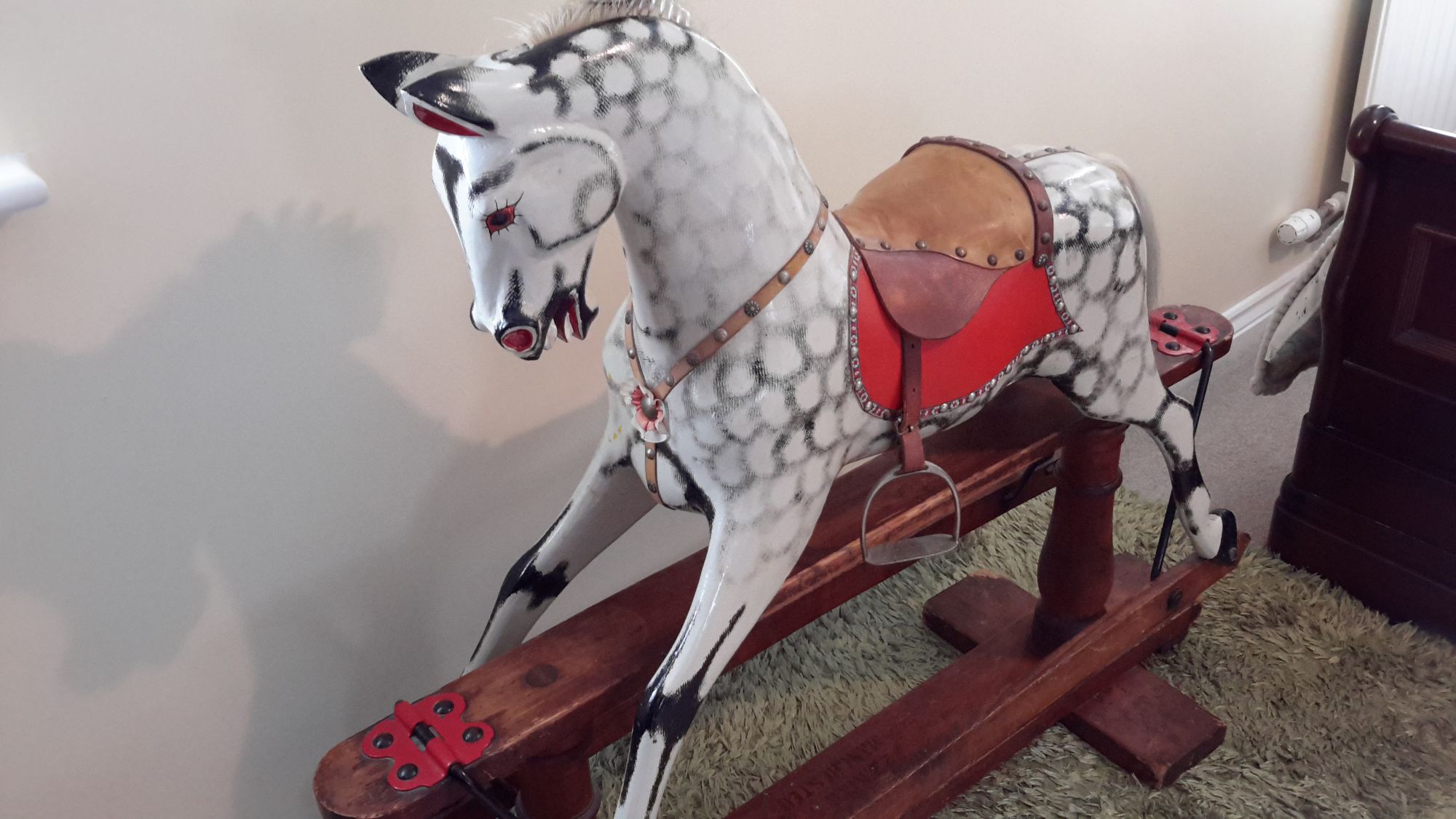 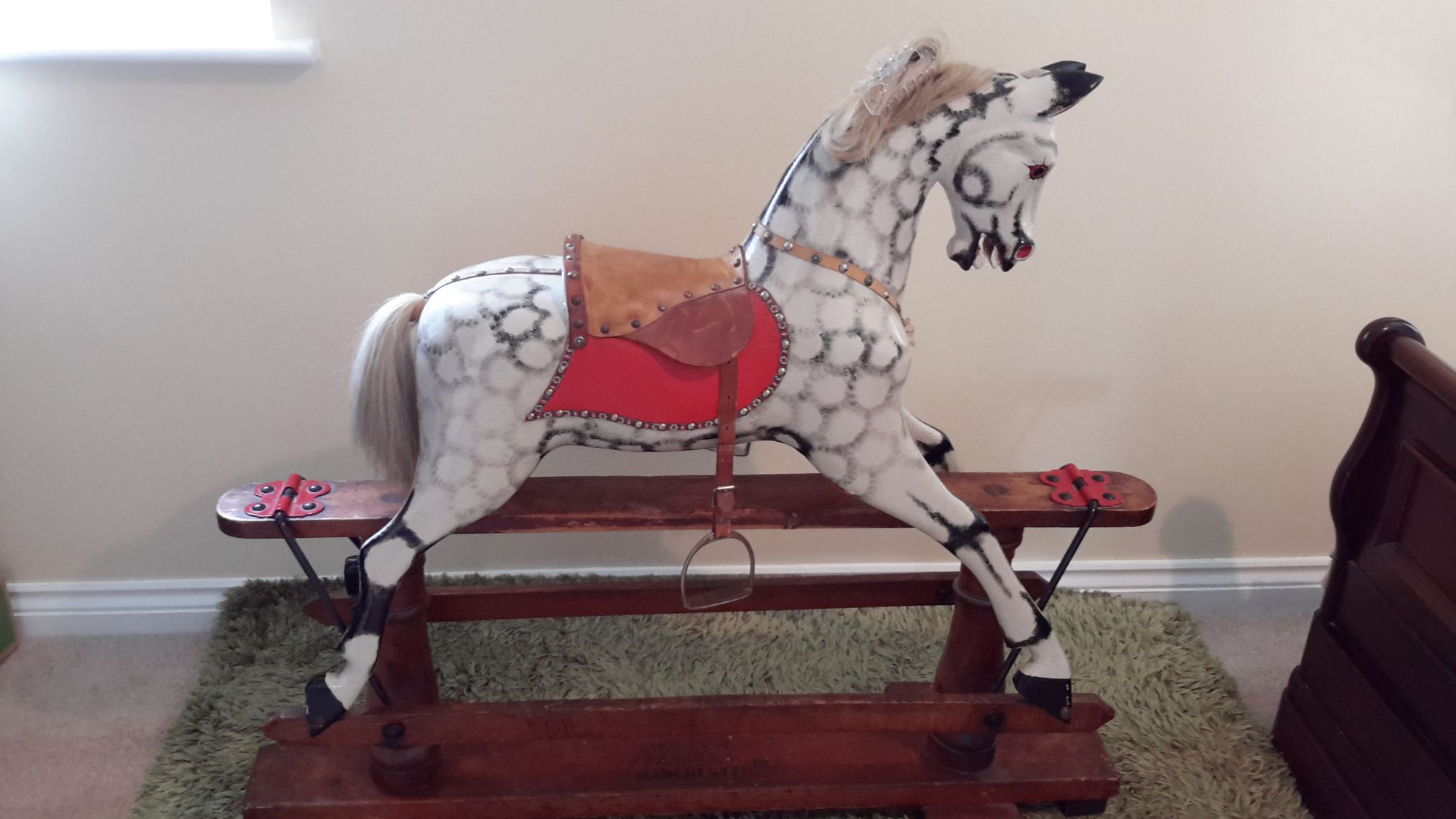 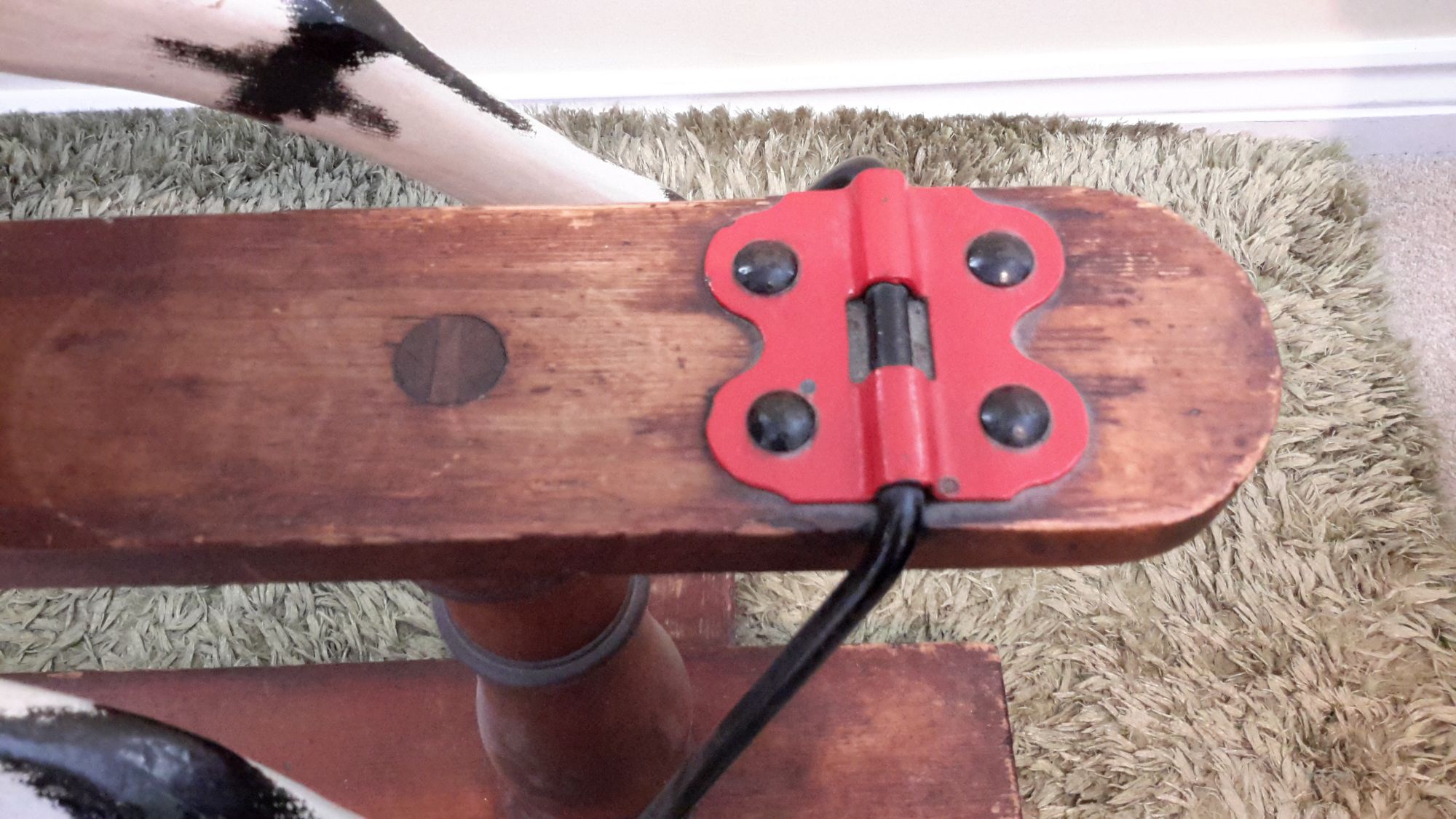 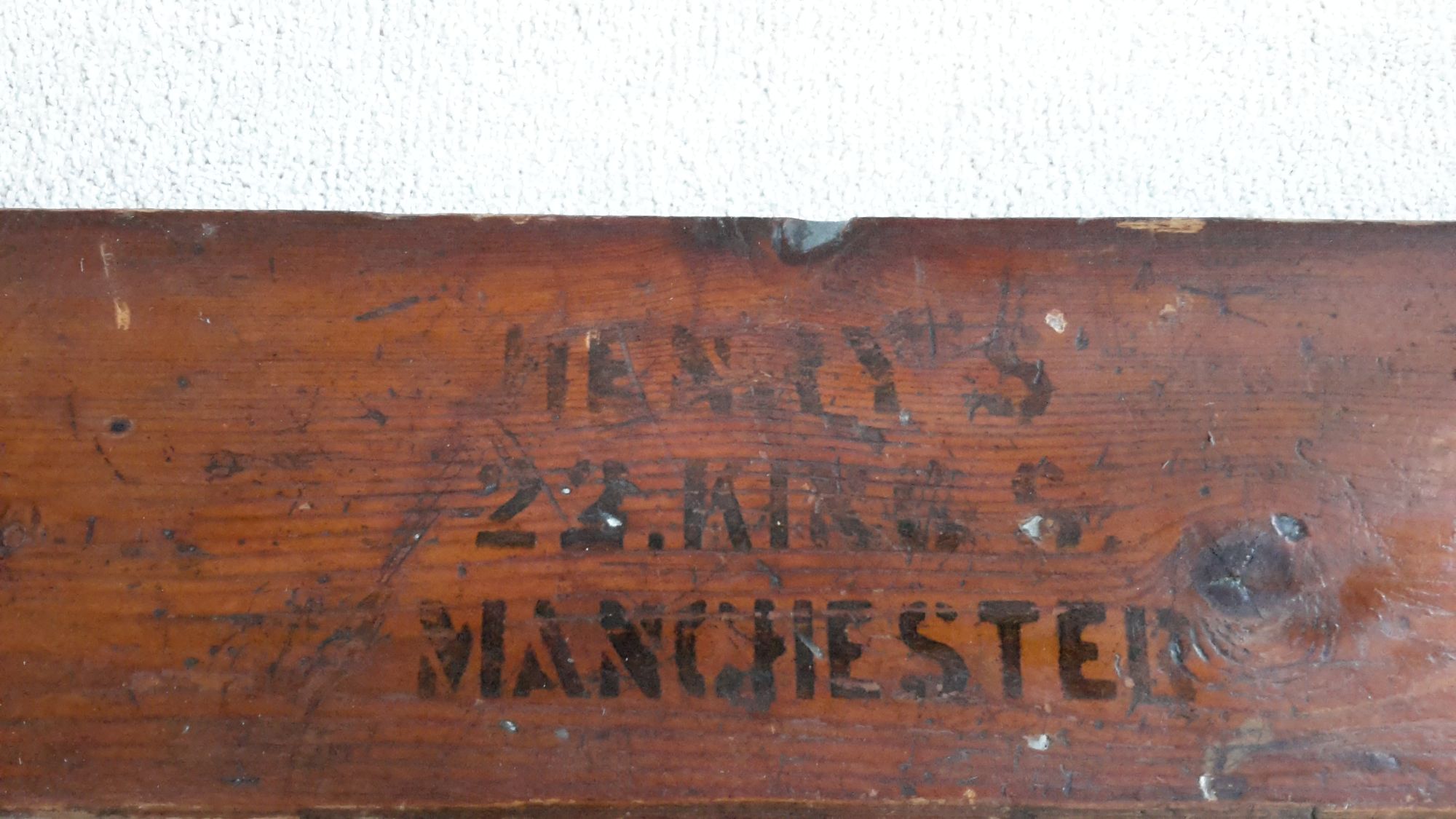 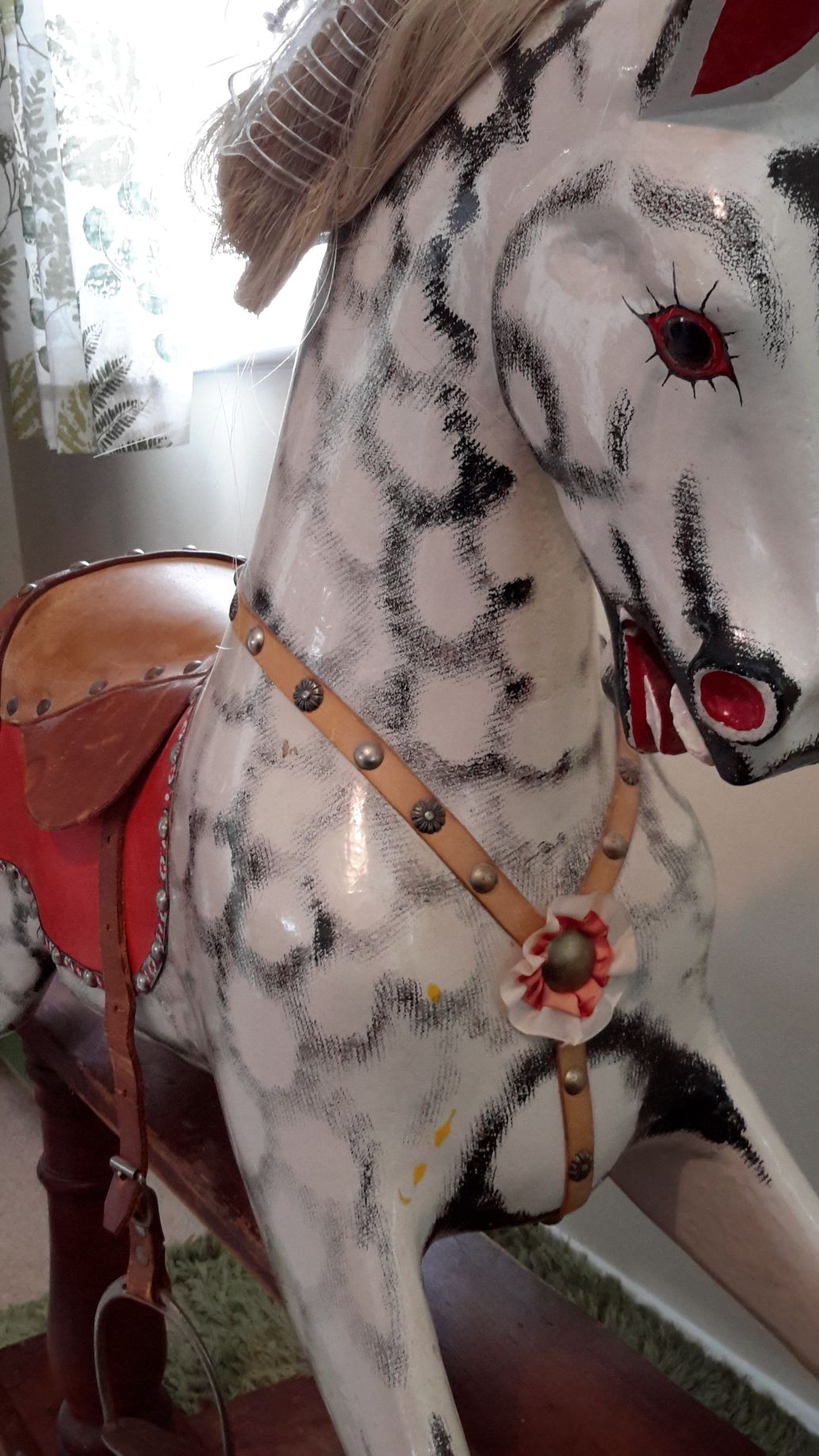